skip to main | skip to sidebar

This week's Horror Movies- a flick a night!

Have to say I'm enjoying the flicks rented from D-video in Burquitlam. They have a very large horror section which of course is great- although not like The Lobby in Edmonton. I have yet to find a place that beats Kevin selection!!


This week on tap was:

Rob Zombie's Halloween II- I didn't like the first one and I didn't like this one. I think Rob gets the prize for the most uses of the word "fuck" 18 billion times. It just doesn't bring a lot to the dead franchise. Really hoping there won't be another one.

Dance of the Dead by Greg Bishop- This was done by the makers of 30 Days of Night ( which I really like), and The Grudge ( a decent film). So what happened here? I'm still not sure. It was trying to be a mix of Carrie, Shaun of the Dead, 28 days later, Pretty in Pink and I think every zombie movie ever made.
That's why this fails. It doesn't know what it wants to be. If it had stuck to the premise of the "dance" part it might have had a chance. I liked the idea of music making the zombies stop attacking, but it was never used properly. And the jokes were flat with stereotypical characters that just didn't bring a lot to the film. Too bad- the trailers on the Ghost House Underground look decent. But this one didn't work.


Cry_Wolf- You Lie You Die-  by Jeff Wadlow- Okay, this one I actually liked. It's a bit of an old premise- the usual students in preparatory school situation yada yada, but this one had some interesting twists to it.  I didn't even realize that Jared Padalecki of Supernatural fame was in this film- so that was great. However the worst miscasting on the planet was that of Gary Cole as a British dad. Yes you heard correctly. British. And his accent was horrendous. Thank god he wasn't in it very often. And here I thought the other character played by Jon Bon Jovi would be the worst- but he actually played his role well. It did fall flat with the whole texting thing- that wasn't really done very much so it missed the mark there, but it was a fun horror flick, I enjoyed it!

Next Up- Happy Hell Night - They'll be Screaming Their Heads Off!! by Brian Owens. This had promise. The three actors across the top of the box were Darren McGavin, Sam Rockwell and Jorja fox. But don't blink because you'll miss all three of these actors. Instead you will have to watch all the other untalented ones. Poor Sam Rockwell got 3 words, and Jorja places a slut for about two seconds.  It's a terrible film from start to finish- BUT the theme song will stick in your head for hours. Yes, you too can sing Happy, Hell Night forever. That's about the best thing about this disappointing slasher flick.


Maniac- I warned you not to go out tonight by William Lustig. Well I tell you this guy did his homework. It's the perfect flick for learning about how a serial killer works and thinks. The producer Joe Spinell ( Rocky and The Godfather) is one of the creepiest guys I've ever seen in a slasher flick. And Tom Savini did a great job for special effects. I have to say I haven't seen a head explode like that in years. This is a long, character driven movie, but with a good body count. Just don't be tired before you start watching because you will fall asleep. But I think this is worth seeing if you want a good 1980's flick with a lot of gore and violence.


Creepshow III- by Ana Clavell and James Dudelson- So who knew there was a third installment of this franchise? I think I must have been sleeping in 2007 or it wasn't released on the big screen. I think this was an HBO production but all I can say is fun! I liked the fun story and the characters. For an entertaining movie that you don't have to pay too much attention to- this is perfect. A little Alice in Wonderland in Suburbia.


Last film- on thursday night will be Deadgirl by Marcel Sarmiento and Gadi Harel. My sister watched it and said it was worth viewing, so I'll let you know what I think. The reviews were very mixed on it- some thought it was brilliant, others not so much. So I'll see what I think and let you know!


Know any horror flicks that you can recommend? I've been watching horror movies for almost 30 years so I've seen all the classics, cult favorites and the like, but you may have seen one that I haven't, so drop me a line at rachel@gal-fridaypublicity.com or leave a comment about a cool horror flick! 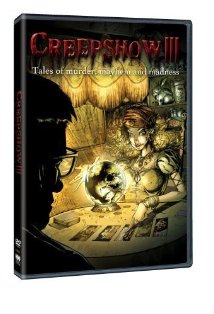 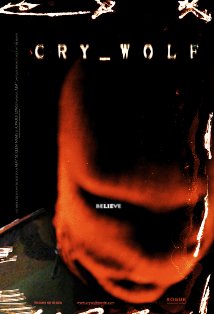 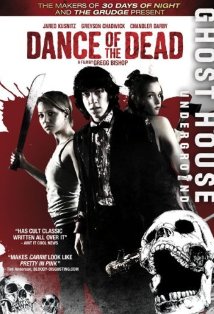 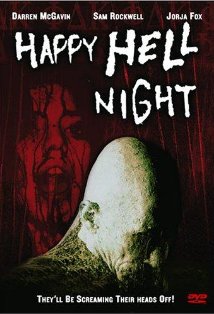 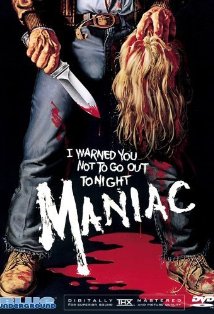 gal-friday publicity- because you need to get stuff done!

Rachel and Lucy the Dog

In the world of book publishing you need to have a Publicity Platform to help sell you and your book.

gal-friday publicity can help you develop a strong platform so that the media and publishers know who you are before you try to sell that book.

Have you written a book but no one knows it exists?
We target the media in your industry to let everyone know that your book is available to buy

Do you have a self-published book that you want to sell to a traditional publishing house?
You'll need a strong proposal- and we can do that for you!

Do you need suggestions for a good scotch?
We can help you in that department as well!


Rachel Sentes and Brian Wood at gal-friday publicity offer marketing, publishing, and publicity expertise to help you find your way through any pit of despair.

Call or email me today for a free consultation at rachel@gal-fridaypublicity.com or call 604-366-7846 and let's chat!!

Rachel Sentes
I am a Publicist and a published author. I was the co-creator of Book Television's 3 Day Novel Writing Contest and I'm skilled at the nuances of book marketing and promotion. I served as a Publicity Manager for a marketing firm and as a Manager for Indigo Books and Music. I write articles, short stories and non-fiction. I write and distribute press releases, book media interviews on a local and national level and work with publishers, authors, and agents to promote the Canadian publishing industry. I also work with businesses and I have appeared on CTV, Breakfast Television, Life Network, Shaw Television, TSN, Global Television and Bravo. I have also appeared in the Globe and Mail, Edmonton Examiner, Edmonton Journal, and the Edmonton Sun commenting on everything from dogs to romance, and music to lost Canadian novels.

Just hanging out with the stars